Back to Basics: ACT Essay Returns to 12-Point Scoring

Last year, ACT administrators announced some changes to the exam, effective September 2015. After a few administrations of the new test, it became clear that none of the alterations caused as much of a stir as the new scoring of the ACT essay, also known as the Writing section.

From September 2015 to June 2016, the ACT essay was graded on a scale of 1–36, rather than the 2–12 scale it had previously used. This proved to be problematic for several reasons:

However, this is still problematic. As you can see in the chart above, a score of 22 in English and Reading was in the 64th to 61st percentile ranking, respectively, but a 22 in the Writing or essay portion of the exam was in the 80th percentile. This discrepancy was not widely accepted or understood.

3. Subsequently, the use of the 1–36 point scale for the ACT essay made the scores appear lower than they actually were. For example, scoring a 21 out of 36 does not appear as strong as scoring an 8 out of 12, yet, according to the ACT concordance chart, they are equal scores.

Not quite. While this fall’s return to the 2–12 point scale for the ACT essay may clear up some confusion and calm many anxious students, the issue of score scaling is still in question.

The way the ACT essay is scored has remained the same. Two graders score the essay based on four factors: ideas and analysis, development and support, organization, and language use and conventions. Each factor is given a score between 1 and 6, resulting in a raw composite score of up to 48 points. This raw score is then divided by 4, resulting in the 2–12 score. However, with this current system even small differences in scoring can have a dramatic impact on the final score a student receives. If graders differ by even one point in one section, a student’s score can go up or down a whole point. This may not seem like much, but when the gap between points is 20 percentile points or more, this could drastically impact a student’s perceived capabilities.

What Are Colleges Saying?

Colleges and universities across the country aren’t quite sure what to make of the ACT essay scores just yet. Time will tell how useful the updated scoring scale is at predicting the abilities of incoming students. With so many changes in such a short period of time, some universities who once required the ACT essay may make it optional. Along with other standardized testing scores, high school transcripts, and application essays, colleges have plenty of sources to gather the information needed to assess an applicant’s skills.

Although how much weight college admission officers will place on the ACT essay remains uncertain, it is still important for students to sign up for it. Many colleges still require the ACT essay, and there is always the chance a student will add a school to her list later that requires it. To find out which schools require or recommend the ACT essay, click here.

To get a better idea of what the ACT essay prompts will look like come test day, check out the helpful guidelines and practice prompts here. 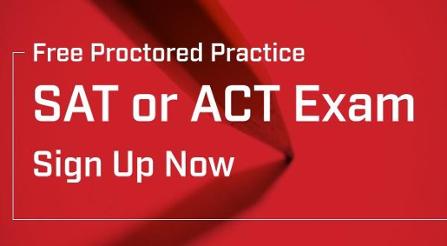