Early Decision and Early Action are two admissions tools more widely used to help boost chances of getting into first-choice colleges or ‘dream’ schools. While they clearly impact a student’s chance at admission, they also carry financial aid implications.

Families should be aware of all implications as they decide whether or not to pursue Early Decision and Early Action.

To review, Early Decision is viewed as a binding (we’ll discuss how binding a bit later) agreement should the student be accepted through this admission process. Most students are limited to selecting one Early Decision school.

Early Action, on the other hand, is not viewed as binding, and students can often apply Early Action at a range of schools.

Not all schools allow for Early Action and Early Decision. These different types of admissions shouldn’t be confused with rolling admission schools.

This is obviously not an ideal situation, and it’s not something that a majority of those that pursue Early Decision wind up doing. A large majority of students that are accepted through Early Decision take the offer. From my experience, this has more to do with the fact that parents are taking on the commitment to ‘make it work’ if the student can get into their top choice, usually a ‘reach’ school. As previously mentioned, not all schools provide Early Decision opportunities, and most that do participate are considered prestigious.

The other factor to consider is that Early Decision applications can carry with them non-refundable fees that hold or guarantee a student’s spot.

Early Decision can be a no-brainer for those families that have a clear-cut choice and have no concerns about paying the full cost of college, not requiring any aid to comfortably afford the (hopefully) four-year commitment. Given that the annual cost of private colleges has climbed into the range of $50,000, $60,000 and even $70,000, this ideal scenario certainly doesn’t describe your average family.

Early Decision can limit the financial aid package received for families that are truly depending on it. Again, while you have the option of turning down an acceptance offer if the package isn’t where it needs to be, this is not an ideal scenario that families hope to find themselves in.*

So, how should you approach this situation?

Regardless of the admission decision you are targeting, Early Decision, Early Action or Regular Admission, you should enter the process with a sense of what your expected cost will be at the range of schools you are considering. You can do this by contacting schools, who in some cases may be willing to provide estimates of financial aid based on your financial information. You can also do this on your own using financial aid calculators available on the web. The Net Price Calculator is an example. While both can provide valuable information, they should truly be viewed as estimates with a wide range of potential outcomes.

Early Decision packages at those schools that forego merit-based scholarships and instead commit to meeting 100% of need expressed are a bit easier to estimate than those schools that can provide merit and need-based aid. In my experience, schools may not award as much merit-based financial aid to those families that are applying Early Decision. In general, families do lose leverage at these schools considering they are clearly stating the school is their top choice right out of the gate, sometimes as early as the beginning of November. It can also limit, or throw out completely, the opportunity for families to compare Early Decision financial aid offers with those of Early Action or Regular Admission offers. I’ve also not had students that I’ve worked with experience much success in requesting additional aid (essentially attempting negotiation) with Early Decision schools.

Once you have a general sense of what your expected cost will be, you can then make a decision on which admissions decision process you are going to pursue. If you are willing to ‘make it work’ assuming the expected aid package at a dream school, then you can more comfortably apply Early Decision. If your expected remaining cost isn’t something that is sustainable, over one your or multiple years, then Early Decision may not be the best decision for your family.

Early Decision can be a very useful tool in the scenario described above when cost isn’t a factor. If cost is a factor, families should thoroughly consider the pros and cons of Early Decision and the potential limiting factors when it comes to financial aid. Early Action provides a happy medium to show a student’s interest in a school while also not facing the same financial aid limitations presented by Early Decision.

*As a rule, applying to a college Early Decision has no impact on the amount of merit or need based financial aid money that a student is offered. According to the Statement of Principles of Good Practice, the National Association for College Admission Counseling's Code of Ethics and Professional Practices, colleges must offer the same aid package whether a student applies Early Decision or Regular Decision. However, in practical terms if the aid offer will actually affect a student's ultimate decision about which college to attend, the student should not apply Early Decision. Rather, he or she should apply Regular Decision in order to have the chance to compare various financial aid offers and potentially negotiate with an individual college for more aid.

If you have any questions contact Blaine at financialaidcoach@gmail.com or 717-372-9685 or visit the Financial Aid Coach website. 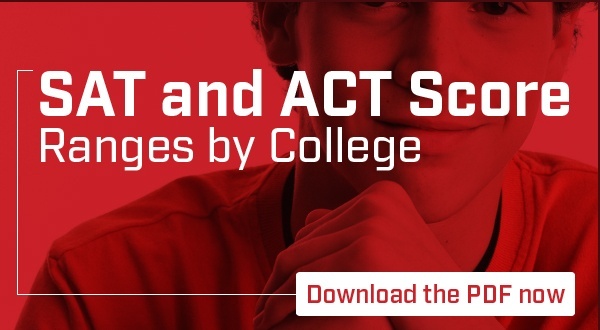