Initial Reflections on the “New” SAT

March 5, 2016, was a very important day in the world of college admissions testing. It was the first administration of the new SAT (also known as the revised SAT, or rSAT). The last revision of the SAT was in 2005 and involved replacing the 1600-point scale (800 Math/800 Verbal) with a 2400-point scale (800 Math/800 Critical Reading/800 Writing). The 2016 rSAT brings the 1600-point scale back, providing scores in two sections: “Evidence-Based Reading and Writing” and Math.

In addition, the essay is now optional, and the essay score is reported separately from the other two scores. The length of time students have to complete the essay portion on the rSAT has doubled, from 25 to 50 minutes. Of course the new essay task is more complex than the one on the old SAT, so for students who choose to do the new essay section, the additional time will be necessary.

Generally, what did students think of the “new” SAT?

According to a sampling of students who attended the test on March 5, there were multiple versions of the test, so many students were surprised to learn that their friends had taken a completely different test.

Students generally indicated that the no-calculator Math section was the most difficult part of the test. It contained trigonometry, complex numbers, and even a question with a 7-24-25 Pythagorean triple. However, many students still reported they felt comfortable doing the math without a calculator.

In terms of the Reading section, students reported that it included passages about important figures from history, and that topics included science, medicine, geography, and the arts/humanities.

Several students considered the Writing section (grammar) to be the easiest portion of the new test. Of course, whether their scores on that part of the test reflect the seemingly easier content remains to be seen.

It was reported that the analytical essay in some of the tests referenced the 2013 Washington Post article by E. J. Dionne, Jr., “A Call for National Service.”

Overall opinions were that the test’s questions were straightforward and easy to follow, but some found the length of the sections to be tiring (the revised SAT now comprises five long sections, including the essay, in contrast to the old version that consisted of ten shorter sections, including the essay). Another common sentiment was that generally the test reflected what the students had learned in high school, with a strong endorsement coming from a junior from our neighboring Cheltenham High School who was quoted in a recent Philadelphia Inquirer article saying that the test “encapsulated his education.”

Here at A+ Test Prep and Tutoring, due to the uncertainty surrounding the rSAT, and the fact that the College Board has experienced numerous glitches over the past year, most of our current students have opted to prepare for the ACT this spring. In most cases our students who are interested in taking the rSAT plan to take it next fall, in the hopes that by that time most of the issues with the new test will have been addressed.

In conclusion, after literally years of work by the College Board and much speculation about what the test would be like, the new SAT has finally arrived, and students have now taken it for the first time. Opinions about it are varied, and the wait for score results has begun (they are scheduled to be released on May 10). Many students have expressed concerns that they will not have their scores before the next test date (May 7), but they are planning to take the rSAT again in May anyway. Other students have reported that after taking this version of the SAT, they are now considering “switching camps” and taking the ACT to see on which test they score higher.

We’ll continue to keep you posted on the latest news about the SAT and ACT exams.

Remember: A+ provides test prep programs for both the ACT and the “new” SAT for students in the Greater Philadelphia area. We can get you ready for your official test day! 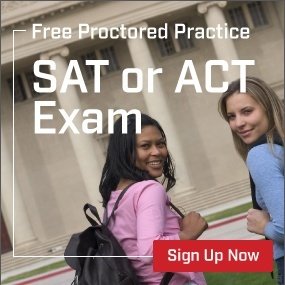