A Year Later—Update on the New SAT

The new SAT, as it is commonly referred to in the test prep world, was officially launched for the first time on March 5, 2016, and has subsequently been administered seven additional times—most recently on May 6, 2017.  As we recently passed the first year anniversary, we thought it would be helpful to report on what has transpired in the world of the new SAT since its March 2016 debut.

How Hard Is It?

After years of little movement in high school students’ average SAT scores, the scores went up rather significantly after the first administration of the new SAT. The average composite score on the old three-section SAT (each section worth 800 points) was 1500, while the average for the new two-section SAT (each section worth 800 points) is 1090. This represents about a 45-point increase per section.

Theories quickly surfaced as to why the scores went up—for example, some felt that the new test had been “dumbed down,” that more relevant content based on what students actually learned in school allowed them to excel, and that the College Board was inflating scores to better compete with the ACT (in 2012 the ACT surpassed the SAT and became the most widely used college admissions test in the U.S.). Rumors and theories aside, it is true that students are no longer penalized for choosing an incorrect answer and that they also have more time to answer each question on the test. The consensus in the test prep community is that the score increase is a “natural” lift resulting from changes to the test and that that is a perfectly reasonable explanation.

What Is the Problem with the Math Sections?

According to a recent Reuters report, the design of the new SAT is defective. The math sections of the test include text-dense word problems that can cause difficulties for English-language learners, international students, and students with undiagnosed learning challenges such as dyslexia. Generally speaking, these text-heavy math sections can marginalize the performance of students who do well in math but struggle in reading. Recently David Coleman, CEO of the College Board (the nonprofit agency that administers the SAT), addressed this issue and said that moving forward there will be further simplification of the math sections. For more details about the issue with the math sections, please refer to a previous article on our website, “New SAT Test Controversy Prompts Change.”

Who Is Manuel Alfaro?

In late August 2016, the FBI raided the home of former College Board executive Manuel Alfaro in connection with a leak of over 400 SAT test items to Reuters earlier the same month. They seized computers and other materials, and the next day Alfaro posted on LinkedIn that “it appears that David Coleman wanted to raise the stakes. Challenge accepted!” This was a rather sensationalist turn of events for the College Board. The story behind the headline is that Alfaro was hired by Coleman in 2013, but Alfaro’s tenure with the College Board was rather short—he was gone in a year and ten months. Alfaro came from a publishing background and had most recently (before his tenure at the College Board) worked for the American Institutes for Research.

During the course of the election, President Trump routinely stated that the Common Core was a disaster and that education needs to be put back under the control of each individual state. The newly sworn-in Secretary of Education, Betsy DeVos, has also denounced it. What this means for the new SAT, which was designed in part to assess a student’s mastery of the Common Core, remains to be seen. In a February 7 CNN interview, President Trump's counselor, Kellyanne Conway, stated that Secretary DeVos can now move ahead with Trump’s campaign promise to repeal the Common Core State Standards. However, this is a problematic assertion.

Individual states adopt content standards like the Common Core—the federal government doesn't get to choose for them, and the president by himself doesn't have the authority to scrap the standards with the stroke of a pen. The same situation exists for Congress—The Every Student Succeeds Act (ESSA) signed by former President Obama in 2015 bans the education secretary from influencing states' decisions about standards. So for right now, neither President Trump nor Secretary DeVos can prohibit states from using the Common Core.

For his part, David Coleman does not seem concerned; he was quoted effusively praising Ms. DeVos: “Betsy DeVos is a remarkable citizen leader. She believes fiercely in our founding principles of liberty and equality of opportunity. We can’t wait to see what she does next as Secretary of Education.”

There are many factors to consider when providing a comprehensive update on the new SAT. The first year has been an interesting time for the College Board and the new SAT. At A+ we will continue to monitor the issues addressed in this article and new ones that will undoubtedly continue to occur throughout 2017.  We’ll keep you up to date.

If you would like to discuss SAT or ACT test prep for your student, have questions about the new SAT or the ACT, or need any other information about college admissions exams, please contact us at office@aplustutoring.com or call 215.886.9188. 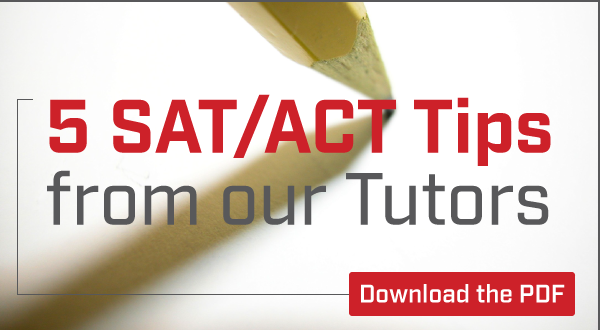